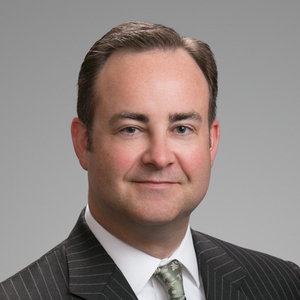 Presidential administrations have affected intellectual property (IP) policy since the very beginning of United States history. In his first State of the Union address in 1790, President George Washington discussed patents. Since then, people have predicted how IP policy will evolve under each administration. As the old adage goes, we can better understand where IP policy is going if we know where it’s been. Clues over the past 20 years can help us better anticipate how President Biden’s administration may impact IP. The reality is, however, that federal law and policy are shaped by the actions of all three branches of the US government, so any predictions must be placed into context.

While a presidential candidate’s platform is an early indicator of potential changes in IP policy, it may only provide a peek behind the curtain of change to come. During his presidential campaign, Barack Obama outlined proposed policies surrounding technology and innovation, including advocating for reform of the patent system. He advocated for a concept of a “gold plated patent” – where an inventor can choose to have a more rigorous patent examination in exchange for a presumption of validity. This idea, criticized by some, would have created different classes of patents and altered more than 100 years of law and related litigation strategy. In the days after Obama was elected, many predicted his administration would have little effect on IP policy.

These predictions missed the mark when just 18 months later Obama signed into law the America Invents Act (AIA) – the single largest patent system reform in over 50 years. President Obama continued a path of patent reform with five executive orders and seven legislative recommendations in 2013 alone, asserting these actions were designed to prevent frivolous litigation. In his 2014 State of the Union address, Obama advocated for further reform and went on to issue three more executive orders retooling the patent system. One of the major aspects of the AIA, of course, was the inter partes review (IPR) process, which some view as hostile to patent rights and remains the subject of judicial challenges. See To Stay or Not to Stay: the Impact of IPRs on Patent Litigation (Porter Hedges Patent Litigation Blog).

During his time in the US Senate, Biden did not establish much of a track record with regard to IP.  Under the Obama Administration, then-Vice President Biden was only involved in a handful of IP-related efforts. In 2009, he hosted a roundtable discussion with Obama administration members, government officials, and industry leaders to discuss the enforcement of IP rights throughout the world. This meeting was a first of its kind because it included Homeland Security, the FBI, and CEOs of major media conglomerates. Then-Vice President Biden also assisted in the administration’s national intellectual property strategy, specifically focusing on piracy and enforcement against IP theft.  Historically, these are the IP issues Biden appears to rally behind.

One thing that was certain about potential IP policy under a Trump administration was a focus on international enforcement of American IP, specifically against China. Trump campaigned on a vow to “use every lawful presidential power” to prevent the theft of American trade secrets. Trump also was a critic of the Trans-Pacific Partnership trade agreement negotiated by the Obama Administration, expressing concerns over job loss due to labor outsourcing. What made President Trump particularly unique was his personal connection trademarking his company brands and even licensing his own likeness and related family businesses. Most predicted a more conservative, pro-patent policy, and—consistent with a deregulation philosophy—streamlined IP process.

Trump made good on his promise of trade reforms with China by signing the Phase One Trade agreement in January 2020. This deal included improved criminal and civil procedures to combat infringement and a commitment by China to buy more US goods and services. However, the economic impact of the Covid-19 virus made it more challenging to meet the envisioned spending goals.

While President Biden and Trump disagree on many issues, IP enforcement against China is not one of them. The Biden administration campaigned on a promise to aggressively combat the theft of American IP by utilizing sanctions against foreign entities. Biden suggested that the Trump administration’s response to China was inadequate in preventing theft and advocated for more aggressive policies.  Most of Biden’s campaign platform focused on tying innovation and manufacturing with job creation and economic recovery.

Only four months into his new administration, Biden’s highest profile early decision in reaction to the Covid-19 virus could be the most controversial. In early May, the Biden administration announced it would support a process to waive property rights for the Covid-19 vaccine to expand supply and narrow the global vaccination gap. While it was a polarizing announcement, the position represents only the first step and is not yet implemented.  Interestingly, this decision undercut prior criticism directed to his relationships with Big Pharma.

It should be noted that Vice-President Kamala Harris has continued interest in IP enforcement abroad that could influence Biden administration policies. In 2018, for example, then-Senator Harris introduced the Deterring Espionage by Foreign Entities (DEFEND) Act to deter international trade secret theft. The DEFEND Act would expand enforcement against trade secret theft by developing the ability to enforce offenses abroad. Given President Biden’s history of piracy concerns, this is a piece of legislation to watch.  While it may languish, one should also watch the Support Technology and Research for our Nation’s Growth (STRONG) Patents Act, seeking to protect startups, reduce frivolous lawsuits, and ensure balance and fairness in the IPR process. The bipartisan STRONG Patents Act was co-sponsored by Senator Chris Coons, a longtime friend of Biden, and has been pending since 2015, and (some contend) attempts to provide additional reforms that were not incorporated into the AIA.

Each administration exercises influence over federal policy through appointments, and the appointment of the USPTO director is always of particular interest. Although the Biden administration has remained silent on potential director picks, it appears President Biden is pulled in two different directions.

Media reports indicate that Senator Coons has been working with the White House to secure a director who shares the viewpoints of Trump appointee Andrei Iancu. Iancu is perhaps best known for instituting new USPTO subject matter eligibility guidelines to clarify confusion under Section 101 after the US Supreme Court decisions in Alice and Mayo. Some hoped that Senator Coons would be appointed for the Senate IP Subcommittee Chair; however, Senator Patrick Leahy will serve in that position. As a co-sponsor of the AIA, Senator Leahy could signal more Obama-style policies are to come.

There are further indications that Biden may select a USPTO director like Obama appointee Michelle Lee. For example, Biden included Colleen Chien on his technology transition team, who served under the Obama administration. Chien released a transition document called the “Day One Project” in January, highlighting the importance of patent system reforms and further expansion of the IPR process.

Presidents also may seek to influence policy in a given area over time through lifetime federal judicial appointments.  For example, on May 26, 2021, President Biden nominated Tiffany Cunningham to the Federal Circuit Court of Appeals, which considers all patent appeals from the lower level district courts.  Cunningham is the first nominee to that appellate court in six years.  Other senior judges may step down, allowing Biden to make additional appointments.

Perhaps the most significant impacts on patent law in recent years have come from decisions of the Supreme Court, including Alice and Mayo on subject matter eligibility and TC Heartland on personal jurisdiction.  To be sure, such appointments reflect a “long game” strategy.

Only time will tell if President Biden will follow in the footsteps of Obama or if he will chart a new course of IP policies.  While the future of federal IP policy is difficult to predict given our governmental structure and evolving circumstances, President Biden’s words and actions will continue to be scrutinized as his administration unfolds.  Further, his administration must be evaluated in light of complementary and sometimes contradictory legislative efforts and judicial decisions.

Mr. Torgerson acknowledges the contribution of 2021 Summer Associate Shelby Payne in the drafting of this post.