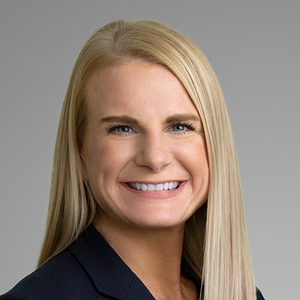 What do William Shatner, Snoop Dogg, Mark Cuban, Tom Brady, and patent owners have in common? They are all now minting non-fungible tokens (“NFTs”), turning assets into a token that is represented on the blockchain.

Patent holders are using NFTs to manage the ownership and licensing of their patents. Built into many of these NFTs are self-executing contracts that give the buyer all the rights to the contract, including the right to sue for infringement.

This new technology presents many opportunities to monetize patent assets while at the same time raising concerns about regulation and privacy.

NFTs in the Patent Marketplace

Patent holders are now tokenizing patents as NFTs by creating NFTs to manage the ownership and licensing of their patents. Recently, Jack Fonss and his technology consulting firm, True Return Systems, listed US Patent No. 10,025,797 on the NFT marketplace OpenSea. Fonss and True Return systems were originally asking 2,250 ethereum (“ETH”), which was worth (when listed) approximately $9 million. The patent is now listed for 1,250 ETH, which is currently approximately equal to $3.7 million.

IBM has also recently taken steps to trade patents as NFTs. IBM has partnered with IPwe to create a platform powered by IBM Blockchain. The IPwe platform allows members of the patent community to engage, transact, buy, license, finance, sell, and commercialize patents.

Some players in the patent space believe that tokenizing patent assets will allow patents to be more easily sold, traded, commercialized, or otherwise monetized. Many also believe that tokenization will provide greater transparency and make transactions simpler and more cost-effective. They also note that NFTs can provide an opportunity for fractional ownership in patent assets, allowing smaller investors to purchase pieces of patents as NFTs. The tokenization of patent assets may also provide an avenue for patent owners to raise litigation funds.

Also, because blockchain data cannot be deleted, the technology may help with automating royalty collecting methods and keeping records of revenues associated with various patent assets.

Tokenization of patents may also prove helpful for collecting prior art or patent family data. For example, many patents have been subject to post-grant proceedings such as inter partes reviews (IPRs), reissues, or reexaminations. Tokenization could help with collecting and maintaining data related to prior art submitted and considered in these various proceedings.

Potential Issues with the Tokenization of Patent Assets

There are some potential concerns with representing patent assets as NFTs. For example, chain of title is very important for patent assets. If patent assets are being freely traded or encumbered via blockchain technology, how will these transactions be represented before various IP offices? In the United States, if a U.S. patent assignment, grant, or conveyance is not recorded in the U.S. Patent and Trademark Office within three months from the conveyance date or prior to the date of a subsequent conveyance, then the prior, unrecorded conveyance is void against any subsequent purchaser or mortgagee. 35 U.S.C. § 261. So, conveyances of patent assets on a blockchain may be void if not also recorded with the relevant IP office.

Because NFT technology is in its infancy, there are few laws or regulations dealing with them. Thus, there is a significant risk with transferring patents as NFTs until the technology and law are developed further.

Privacy is another concern with using NFTs to manage patent assets. Confidentiality of royalty streams, licensing terms, and patent purchase arrangements is often of utmost importance in patent transactions. Because NFT technology is new and largely untested, it is unclear how blockchain platforms will handle confidentiality issues.

Finally, there is also a concern about whether fractional sales of NFTs (including patents) could be classified as an investment product that qualifies as a security interest and subject to SEC regulations.

Trading patents as NFTs is an innovative concept and it will be interesting to see whether this concept proves to be a practical solution to managing patent assets long term.