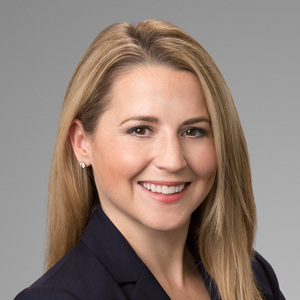 The COVID-19 pandemic has been a catalyst for medical technology innovation, especially the Internet of Medical Things (IoMT). IoMT generally refers to the use of network and cloud technologies to connect medical equipment and devices with healthcare information technology systems. With IoMT technology, medical devices (e.g. implanted medical devices and medical equipment) and smart watches can remotely transfer critical health-related data for further analysis.

The IoMT has a played a crucial role in aiding healthcare practitioners in monitoring, treating, and tracing COVID-19 patients through interconnected networks and devices. The IoMT has the promise of solving certain COVID-19 detection and contact tracing challenges. For example, data from smart watches, such as a patient’s heart rate, or from sensors imbedded in surgical masks, may be analyzed through a connected software application and used to warn of a possible COVID-19 infection. The global IoMT market was expected to at least triple from 2016 to 2021. The demand for IoMT due to the pandemic has grown exponentially; thus, the market growth may be even more than expected. With the rapid boom, the IoMT will likely become the subject of many patent litigations. Defendants in IoMT patent litigations are particularly likely to raise divided infringement and/or subject matter eligibility challenges.

A practical IoMT example to help illustrate these challenges is technology for remote monitoring of a patient’s pulse oximetry rate, including:

In filing a patent on this IoMT technology, the inventor could try to claim, for example:

The first three may not be patentable, for instance, because they are well-known technologies. The fourth, covering how the pulse oximeter, cloud or network system(s), and software operate together to solve a problem (i.e. the remote monitoring of a patient’s pulse oximetry rate)—the “gee whiz” of this hypothetical, may be. The rest of this post uses this practical example to demonstrate how divided infringement and subject matter eligibility may pose hurdles to enforcing such an IoMT patent.

A patentee seeking to enforce an IoMT method patent may face a divided infringement problem. Pursuant to Akamai, in order to directly infringe a method patent claim, all steps of the claimed method must be performed by or be attributable to a single entity. A single accused infringer can still be held liable when steps of the method are performed by multiple parties if the accused infringer exercises control or direction over the entire process such that every step is attributable to the controlling party or where the actors form a joint enterprise. In practice, it is generally difficult to establish that a single entity is responsible for others' performance of methods steps under this test.

An IoMT patentee would be wise to avoid the pitfalls of divided infringement by seeking claims that fit within the Akamai standard from the get-go, or, if possible, those that are directed just one device in the IoMT invention. With respect to the former, the patentee in the practical example may be able to obtain claims covering the way one user controls the system and obtains benefit from it.[1] After establishing one direct infringer, the patentee can then try to assert induced infringement claims against other users of the IoMT system.

Patentees seeking to assert IoMT patent claims may also face subject matter eligibility challenges. Since the Supreme Court’s 2014 Alice decision, which established a “framework for distinguishing patents that claim [non-patentable] abstract ideas from those that claim patent-eligible applications of those concepts,” inventors have had particular trouble seeking and enforcing software-related patents. While the Federal Circuit has provided guidance on distinguishing patent eligible inventions from mere computer-implemented applications of abstract ideas in the six years since Alice, the state of software and computer-related subject matter eligibility remains unsettled. Just last year, the vast majority of software-related patents on appeal for subject matter eligibility were found invalid. Therefore, it is crucial to consider patentable subject matter eligibility to ensure that IoMT patents will be enforceable in court and will not be subject to an Alice challenge.

One case that dealt with technology comparable to the practical example in this post is In re Certain Activity Tracking Devices, Systems, and Components Thereof. In that U.S. International Trade Commission case, the Administrative Law Judge (“ALJ”) granted Fitbit’s motion for summary determination that Jawbone’s remaining asserted patents, pertaining to the use of sensors to collect information to monitor health and wellness data, were ineligible subject matter. Under the first step of the Alice subject matter eligibility test—the ALJ found that the claims were directed to patent ineligible abstract ideas because they used conventional electronic devices to obtain and manipulate an individual’s sleep and health data that were “bereft of any innovative technological concept.” Turning to the second step of the Alice test, the ALJ concluded that nothing in the claims was an “inventive concept” that transformed such abstract ideas into patent-eligible subject matter or amounted to anything “significantly more” than the abstract idea. The ALJ reasoned that the claims merely combined conventional, off the shelf elements without adding any technological innovation.

An IoMT patentee has the best chance of overcoming an Alice challenge (usually made by a defendant at the beginning of a patent litigation) by drafting claims to cover an improvement or solution to a specific problem in a computer, software, or network technology that is well-described in the specification.[2] However, doing so may lead a patentee into an untenable divided infringement problem. IoMT inventors should explore these issues with trusted patent counsel to develop a comprehensive strategy to obtain and enforce their patents.