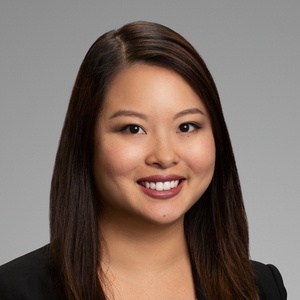 The vast majority of patent litigation involves a patent or a patent portfolio that has been assigned at least once during its life. Yet seemingly simple and ubiquitous patent assignment documents are blundered by even experienced counsel. Failed patent assignments present a conspicuous procedural trap for unwary patent owners and creates an opportunity for a Federal Rule of Civil Procedure 12(b)(1) “lack of standing” challenge.[1] To name a few potential pitfalls, U.S. patent law is clear that patent assignments must be in “present tense” language (“assigns” not “will assign” or “shall assign”),[2] and if assigned after a patent’s issuance, must include an express provision conveying the right to sue for past infringement.[3]

What is the German Act on Employee Invention (GAEI)?

When assigning a global patent portfolio, the potential pitfalls increase exponentially and doing thorough due diligence is critical to transfer patent rights correctly. For example, the German Act on Employee Invention, or GAEI (Gesetz über Arbeitnehmererfindungen), has significant impact on the assignment of German patents. The GAEI regulates the rights and obligations of both employees and employers in Germany. Failure to properly comply with the GAEI may result in ineffective transfers of inventions from employee to employer causing all invention rights to remain with the employee.[4]

For example, in Auvesy GmbH & Co v. Rockwell Automation, Inc., Case No. 14-cv-1258 (E.D. Wis. June 30, 2015), the plaintiff Auvesy, a German corporation, sought a declaration of non-infringement of Rockwell’s patents. Auvesy’s principal, a man named Werner Schnaebele, had worked for a German corporation that was later acquired by defendant Rockwell. Mr. Schnaebele has signed an employment contract with Rockwell’s German predecessor, but Auvesy argued that the GAEI applied such that Schnaebele retained ownership of his invention and the patents thereon. The district court agreed that there was at least a 12(b)(6) basis for Auvesy’s allegations.

Under the GAEI, the Employee Inventor Initially Owns the Rights in an Invention

How does the GAEI work?

If Employer chooses to abandon a patent application related to Employee’s Invention, Employee must be informed so that Employee may pursue protection of the Invention at Employee’s own cost.

Ownership of any U.S. patents that are related to German patents obtained under the GAEI can also be impacted by the application of the GAEI. For example, Minebea Co., Ltd. v. Papst, 444 F. Supp.2d 68 (D.D.C. Aug. 17, 2006), involved a dispute over patent ownership of five U.S. patents following the conclusion of a German joint venture. Papst argued that inventions developed by the German employees of Papst Motoren during the period of the joint venture were properly assigned to Papst Motoren under Section 6 of the German Employee Invention Act. Minebea, however, argued that Papst was obligated to assign the patents to a joint venture entity (“PMDM”) pursuant to a related “Agreement for the Sale of Intangible Assets” and that Papst’s actions breached the Agreement. Ultimately, the Court concluded that Minebea’s claims to patent rights in the U.S. patents failed because “Papst Motoren’s acquisition of inventions developed by its employees and the subsequent registration of patents on those inventions was authorized by Section 6 of the German Employee Invention Act, even if it was in contravention of the terms of the Agreement for the Sale of Intangible Assets.”

Things to Watch Out For When Acquiring German Patents

Ultimately, if patents originating in Germany are part of a patent portfolio that you seek to acquire and/or enforce, it is critical to confirm:

Failure to confirm compliance with the GAEI can jeopardize a patent assignment.