The U.S. District Court for the Western District of Texas (“WDTX”) has one of the largest geographic boundaries of district courts in the nation, with divisions located far west in El Paso, the border area of Del Rio, the bustling metropolis of Austin, the Big Bend area of Alpine, Waco, Midland-Odessa, Pecos, and San Antonio. Overall, it encompasses more than 93,000 square miles, roughly the size of Michigan. 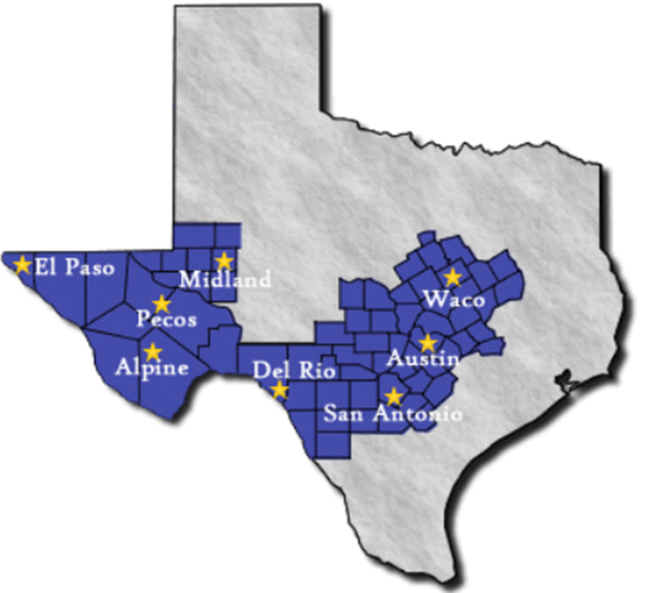 Prior to this week, the Court assigned cases geographically, as would make sense for such a large, diverse area. Imagine a plaintiff in Austin filing a case and being assigned hundreds of miles away to the Del Rio or the El Paso Divisions. In a one-page Order issued on Monday, July 25, 2022, Chief Judge Orlando Garcia in the San Antonio Division has ordered that rather than a geographic division, all patent cases filed in the Waco Division of WDTX will be assigned randomly and equitably across all divisions (except Alpine), “until further order of the Court.”

The order includes a list of all judges in the district subject to patent assignments from the Waco Division. The list includes 11 of the 12 sitting district judges (Judge David Guaderrama of the El Paso Division is not on the list and the Alpine Division is currently served by Magistrate Judge David Fannin). The list further includes one senior judge (Judge David Ezra of the San Antonio Division).

This new and disparate treatment of patent cases filed in the Waco Division is most likely a reaction to Judge Albright’s patent docket, as the order states that it was issued “[u]pon consideration of the volume of new patent cases assigned to the Waco Division, and in an effort to equitably distribute those cases.”

It has been almost four years since Judge Alan Albright was sworn in as US District Judge for the Waco Division. In that four years, the number of patent cases filed in the WDTX increased over 1000%. Despite having only heard an average of one patent case per year in 2016 and 2017, patent holders filed 949 cases in the Western District in 2021. In fact, the Western District accounted for 25% of all patent litigation in the U.S. in 2021. As of Monday, the 2022 numbers were on par with the 2021 numbers.

But the filing of patent cases in the WDTX patent docket will likely come to a standstill this week as would-be patent plaintiffs digest the impact of this order.

Chief Judge Garcia’s order comes just months after U.S. Supreme Court Chief Justice Roberts issued a year-end report acknowledging concerns that patent holders are able to select a division of a district court enabling them to “select a particular judge to hear a case.” Roberts’ report was likely responding to a letter Senators Tillis and Leahy sent to Justice Roberts weeks earlier. The Senators’ letter to Justice Roberts expressed concern over “problems with forum shopping in patent litigation” and noted specific concern regarding Judge Albright’s court. Some believe that this major change in the Western District of Texas is a result of pressure that large nationally-operated companies are putting on lawmakers, who are, in turn, putting pressure on the judiciary to make changes.