There Won’t Always Be a Stark in Delaware 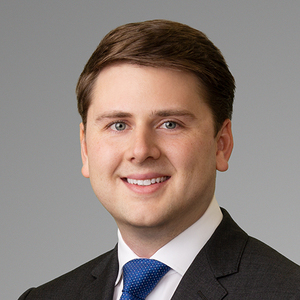 After almost a decade as a U.S. District Judge, Chief Judge Leonard P. Stark of the District of Delaware is taking his talents to the swamp as the newest member of the Federal Circuit. On February 9, 2022, the Senate confirmed his nomination by a 61–35 vote. He received his judicial commission on March 16, 2022, and was sworn in on March 17, 2022.[1]

Judge Stark presided over more than 60 patent trials and handled more than 2,400 patent cases, which regularly comprised approximately half of his docket. He also authored two opinions while sitting by designation at the Federal Circuit.

Judge Stark's patent docket exploded after the U.S. Supreme Court's 2017 TC Heartland decision, which limited where patent suits can be brought to locations where the defendant resides or has a place of business. Because many large companies are incorporated in Delaware, it has become a major patent battleground. Ironically, the TC Heartland case began in Judge Stark's court, where he construed the patent venue statute more broadly before the Supreme Court narrowed it considerably.

While it remains to be seen whether Judge Stark’s move will affect the number of patent cases filed in the District of Delaware, his jurisprudence will surely make an impact on the appellate bench. Chief Judge Stark will replace Judge O'Malley as the only member of the Federal Circuit with prior experience as a trial judge.

So what does Judge Stark’s departure mean for litigants in the District of Delaware and the Federal Circuit?

At his confirmation hearing, Judge Stark emphasized his trial judge experience, noting that he will bring with him the recognition of how challenging it is to put together a reviewable record in a patent case: “The technology is always complex, the facts are very challenging. Patent litigators often disagree with each other, so I estimate that in a typical patent case that goes to trial I make many hundreds of decisions, or even more than 1,000, and typically only a handful of those issues get appealed to the Federal Circuit, so I’ll bring an understanding of the context in which those issues arise.”

One of the 2,400 patent cases touted by Stark at his confirmation hearing is American Axle & Manufacturing v. Neapco Holdings. In that case, Judge Stark rendered summary judgment on Section 101 grounds, kick-starting a host of Section 101 eligibility issues that greatly expanded judicial exceptions to patentability. The Federal Circuit eventually affirmed Judge Stark’s ruling that manufacturing industrial propshafts was directed to a natural law and thus unpatentable. Of particular concern is that in the ruling, Stark arguably applied the Alice/Mayo test in a way that, read broadly, could “swallow all of patent law” as the Supreme Court warned in Alice. While it is unclear whether Judge Stark will rule similarly at the Federal Circuit on future 101 issues, litigants should take note of the Axle case and Judge Stark’s analysis.

Stark’s departure may also make the District of Delaware a more defendant-friendly forum. According to data compiled by Docket Navigator, Judge Stark more often than not sides with the patent owner.[2] Data also showed that case outcomes before Judge Stark were positive for patent owners more than those handled by the other three District of Delaware judges. Stark has often declined to stay a case pending an inter partes review, whereas other Delaware judges routinely granted stays in 2021.

Some of the big-name plaintiffs that have won before Judge Stark in within the last five years include Bristol-Myers Squibb, Teva Pharmaceuticals, Fujifilm, Biogen International, Novartis AG and IBM.[3] Defendants like Apple, Facebook, IBM, Microsoft and Amazon have all prevailed before Judge Stark during that same time period.[4]

In total, Judge Stark has awarded damages totaling $10.8 billion – but this includes a $2.54 billion award for Idenix Pharmaceuticals LLC, a unit of Merck & Co., that Judge Stark subsequently nixed.[5] Indenix won that jury verdict against Gilead Sciences, but Stark later overturned it, finding Indenix’s patent for a hepatitis C treatment invalid under 35 U.S.C. § 112.

Judge Stark has been a staple in Delaware for over a decade, and his record-focused approach will serve him well considering appeals in Washington. The District of Delaware is likely to remain a hub for patent litigation, but a patent owner may now think twice about filing a case there if there are other venue options.