A Cautionary Tale for Contractors: Releases in Contract Modifications and Preservation of Claims 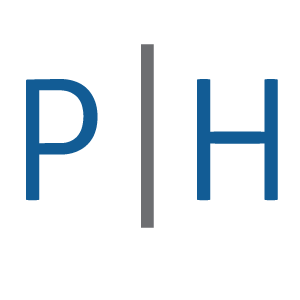 The Houston First Court of Appeals of Texas recently affirmed a trial court’s decision wiping out a whopping $17 million claim brought by a contractor against an owner for acceleration costs, holding that the claim was barred by release language contained in a signed contract modification of the type routinely executed by the parties over the course of the project to compensate the contractor for changes to its work. MMR Constructors, Inc. v. Dow Chemical Co., 2020 WL 7062325 (Tex. App.—Houston [1st Dist.] Dec. 3, 2020, no pet. h.) illustrates the severe consequences release language can have on a party’s claim, even when embedded in a routine contract modification or change order.

MMR Constructors, Inc. v. Dow Chemical Co. involved The Dow Chemical Company’s (“Dow”) Power, Utilities, and Infrastructure Project in Freeport, Texas. Pursuant to a fixed-price contract with Dow, MMR agreed to provide electrical and instrumentation construction work on the project. Among other things, the contract contemplated that it could be modified to provide additional compensation to MMR in the event that certain changes to MMR’s work caused it to incur costs beyond the agreed contract price.

THIS CONTRACT MODIFICATION REPRESENTS FINAL ADJUSTMENT FOR ANY AND ALL AMOUNTS DUE OR TO BECOME DUE TO CONTRACTOR FOR CHANGES REFERRED TO HEREIN. CONTRACTOR FURTHER RELEASES ALL OTHER CLAIMS, IF ANY (EXCEPT THOSE CLAIMS PREVIOUSLY SUBMITTED IN WRITING IN STRICT ACCORDANCE WITH THE CONTRACT), FOR ADDITIONAL COMPENSATION UNDER THIS CONTRACT, INCLUDING WITHOUT LIMITATION ANY RIGHTS CONTRACTOR MAY HAVE FOR ADDITIONAL COMPENSATION ARISING OUT OF DELAYS OR DISRUPTION OF CONTRACTOR’S SCHEDULE AS MAY HAVE ARISEN PRIOR TO THE DATE OF THIS CONTRACT MODIFICATION. UNLESS OTHERWISE EXPRESSLY PROVIDED HEREIN, THE TIME OF COMPLETION AND ALL OTHER TERMS AND CONDITIONS OF THE CONTRACT REMAIN UNCHANGED.[1]

On May 27, 2017, MMR submitted a change order request to Dow seeking additional compensation in the amount of $17.8 million (the request was later reduced to $16.9 million) consisting of damages incurred by MMR due to others’ delays and negligence, including failure to properly supervise or schedule the project and failure to complete predecessor work in a timely manner. After Dow refused to modify the contract or pay the additional compensation, MMR filed suit against Dow for breach of contract, among other claims, asserting that other contractors under Dow’s control delayed MMR’s work, resulting in increased costs to MMR to increase its workforce and recover or accelerate the schedule, as directed by Dow.

MMR argued that its claim did not fall within the subject matter of the release, but the Court found that the claim clearly fell within the scope of the release language.[3] Further, the only claims exempted from the release were those “previously submitted in writing” in accordance with the contract. MMR, however, failed to submit notice of its claim for additional compensation until May 27, 2017, which was after the May 3, 2017 contract modification was signed.

MMR also argued that Dow was not entitled to summary judgment on its affirmative defense of release because it was “untenable” to conclude that the parties intended for the release to encompass MMR’s acceleration costs because they were “still ongoing and incapable of calculation until the Project was complete.”[4] However, as the Court stated, it is well-settled under Texas law that “although releases generally contemplate claims existing at the time of execution, a valid release may also encompass unknown claims and future damages.”[5] Further, because MMR had signed the May 3, 2017 contract modification well after completing its work on March 10, 2017, it was not “untenable” to conclude that MMR had released its claim when it signed the contract modification.[6]

Ultimately, the Court concluded that because MMR’s claim fell squarely within the release language, MMR’s claim was barred and the trial court properly granted summary judgment in favor of Dow.

This case serves as a cautionary tale for contractors. If you are a contractor, pay careful attention to release language—not only in waiver and release forms, but also in contract modifications, amendments, and change orders. Check if the release language exempts certain claims. Make sure you have taken all necessary steps and complied with any applicable contract provisions to preserve any outstanding claims before signing any releases or modifications with release language.

If you are an owner or even an upstream contractor, and a downstream contractor is asserting claims potentially barred by a release, make sure to assert the affirmative defense of release and consider moving for summary judgment early. Whether embedded in a waiver and release form or in a contract modification, amendment, or change order, a release is a powerful tool for tossing claims out early.

Bottom line: Be mindful of release language in your contract documents, including any language exempting claims from release, and any contract requirements governing preservation of claims. Doing so—or not doing so—can make or break your case.