Are Forum and Choice of Law Provisions in Texas Construction Contracts Enforceable? 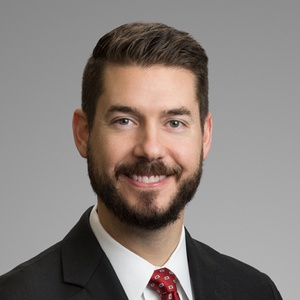 Most sports fans are familiar with the concept of home field advantage — the idea that the home team gains an advantage over the visiting team because it is playing in familiar facilities, does not have to travel long distances before the game, and has the full depth and breadth of its local community’s support. This concept also applies to litigation. A litigant is likely to be on more stable footing, perceived or otherwise, when the lawsuit is governed by the laws of its home state, is represented by counsel it is familiar with, is familiar with the courts and applicable rules, and the witnesses and supporting documentation are near the venue where the suit is filed. As a result, most design and construction contracts include forum selection and choice of law provisions.

Based on the foregoing, Texas contractors entering into construction contracts with out-of-state owners for Texas construction projects, or Texas subcontractors entering into construction contracts with out-of-state general contractors for Texas construction projects, should have the power to void a provision making the construction contract or any conflict arising under the contract: (1) subject to another state's law, (2) litigation in the courts of another state, or (3) arbitration in another state. Id. at § 272.001(b). However, in Cleveland Construction, Inc. v. Levco Construction, Inc., the First Court of Appeals held that Section 272.001 was preempted by the Federal Arbitration Act (“FAA”) and reversed the trial court’s denial of a motion to compel a Texas subcontractor to arbitrate its claims arising out of a Texas construction project in Ohio. 359 S.W.3d 843 (Tex. App.--Houston [1st Dist.] 2012, pet. dism'd). In that case, Whole Foods Market, Inc. (“Whole Foods”) hired Cleveland Construction, Inc. (“CCI”) to serve as general contractor to construct a store in Houston, Texas. Id. at 846. CCI then contracted with Levco Construction, Inc. (“Levco”), as a subcontractor, to perform certain tasks related to the construction. Id. The subcontract between CCI and Levco contained an arbitration provision that required all claims, at the election of CCI, to be resolved by arbitration under the Construction Industry Arbitration Rules of the American Arbitration Association and set the situs of the arbitration as Lake County, Ohio. Id. There were major issues on the project, which led to Levco being terminated and then reinstated, and at the end of the project, Levco claimed that CCI and Whole Foods were improperly withholding more than $500,000.00 owed to Levco. Id. at 848.

Levco sued CCI and Whole Foods in Texas state court, and CCI filed an arbitration demand with the American Arbitration Association, requesting that Lake County, Ohio be the arbitration locale. Id. CCI also moved to compel arbitration in the trial court, which was denied. Id. at 849-50. On appeal, Levco asserted that the arbitration provision was unenforceable for multiple reasons, including that it was voidable at the election of Levco under Texas Business and Commerce Code § 272.001. Id. at 850. CCI responded that the FAA preempts any conflicting state law, which meant that the arbitration agreement was enforceable. See id. The First Court of Appeals agreed with CCI, finding:

The FAA preempts all otherwise applicable inconsistent state laws, including any inconsistent provisions of the [Texas Arbitration Act], under the Supremacy Clause of the United States Constitution. The FAA declares written provisions for arbitration “valid, irrevocable, and enforceable, save upon such grounds as exist at law or in equity for the revocation of any contract.” 9 U.S.C. § 2 (2006); OPE Int'l LP v. Chet Morrison Contractors, Inc., 258 F.3d 443, 446 (5th Cir. 2001). In OPE International, the Fifth Circuit held that a Louisiana provision invalidating arbitration of certain disputes out-of-state was preempted by the FAA, on the ground that the statute “condition[ed] the enforceability of arbitration agreements on selection of a Louisiana forum; a requirement not applicable to contracts generally.” The court held that the same reasoning applies here. Applying section 272.001 as Levco asks, would prevent the court from enforcing a term of the parties' arbitration agreement—the venue—on a ground that is not recognized by the FAA or by general state-law contract principles. The court held that the FAA preempts application of this provision under the facts of this case.

No other Texas courts have considered whether Texas Business and Commerce Code § 272.001 is preempted by the Federal Arbitration Act, but the Cleveland Construction opinion is well reasoned and will likely be persuasive should this issue be considered again. It should be noted, though, that the First Court of Appeals was careful to state that Texas Business and Commerce Code § 272.001 was preempted “under the facts of this case” and did not make a blanket ruling that the FAA will always preempt Section 272.001. It is questionable whether a Texas contractor or subcontractor can rely on this provision to argue it should not be compelled to arbitrate in another state; however, a Texas contractor or subcontractor performing work on a Texas construction project should have the power to void a provision making the construction contract or any conflict arising under the contract: (1) subject to another state's law or (2) litigation in the courts of another state. Tex. Bus. & Com. Code § 272.001.