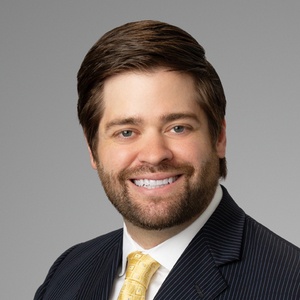 Any lawsuit filed in Texas state courts on or after January 1, 2021 are now subject to the newly-amended Texas Rules of Civil Procedure.  Our litigation team has a helpful review of several of the most significant changes available here.  This post focuses on how the new rules, particularly the new disclosure requirements set forth in Rule 194, affect delay and disruption claims in construction cases.

Veteran litigators and their clients may know that the old rules in Texas made it possible to adapt a “sue first and figure it out later” approach, allowing parties to file their suit as soon as a dispute developed but before the full facts giving rise to a claim were known.  There are numerous disadvantages to this approach, particularly because it provides incentives to pursue litigation without a full evaluation of the risk involved, the magnitude of losses on the project, and the likelihood of success.  But under new Rule 194, filing a lawsuit before the claim has been documented and supported is no longer permitted.  Part of the discovery process in any lawsuit includes providing “initial disclosures,” which generally is a set of information required under the rules to give parties some basic information about your case at the outset.  Under the old state court rules, initial disclosures were not required unless requested by the other party.  Moreover, such disclosures had little to no document production requirements (save for production of insurance or settlement agreements), and did not require any itemized computation of damages.  That kind of information typically had to be requested through document requests or interrogatories before a party would have to provide it, usually further down the road.  That is no longer the case.

Under the new Rule 194, which is modeled after the more stringent federal rules, all parties are required, within 30 days of the filing of the first answer (unless otherwise agreed by the parties or ordered by the court), to provide the following:

Most of these required disclosures were already in the Texas disclosure rules, but the bolded one is new, and it is substantial.  More critically, however, the Texas Supreme Court has issued a comment with this new rule stating that “[a] party is not excused from making its disclosures because it has not fully investigated the case or because it challenges the sufficiency of another party's disclosures or because another party has not made its disclosures (emphasis added).”  Under a strict reading of these rules and the comments, it is clear that parties need to bring more detailed information and support at the beginning of the suit.  Moreover, because parties have a continuing obligation to supplement discovery responses, the parties now have an obligation to continually identify or produce documents used to support their claims or defenses regardless of whether they have been requested in discovery.

The new rules also provide that expert disclosures, governed by Rule 195, must be disclosed regardless of whether requested (though they nearly universally are).  The timeline is much more forgiving than new Rule 194, only requiring disclosure 90 days before the end of the discovery period for all affirmative claims (60 days for all other claims).

So how do these new rules impact delay and disruption claims?  Such claims are usually document intensive, require extensive expert analysis, and involve several categories of discrete damages.  According to the new rules, such analysis and documents will need to be provided much earlier in the case than previously contemplated.  Parties to such disputes will be expected to do more legwork than previously required to prepare their respective claims and defenses.  The best way to deal with this issue is to engage an expert as quickly as possible.  Expert involvement during a project allows a party to prepare and evaluate possible claims and prepare, maintain, and review the documentation necessary to support them.  Early expert involvement may also help resolve the dispute before it grows to the point of litigation, but if a dispute ultimately gets filed, such involvement will help parties comply with the new rules as quickly as possible.

Even in Texas courts, these new rules can be modified by court order or by agreement between the parties.  But parties in Texas courts should not count on such modifications, and their availability should not discount early involvement of experts to assist with preparation of claims.  Not only will such involvement allow for more accurate, supportable claims, they will ensure compliance with the new Texas Rules of Civil Procedure.