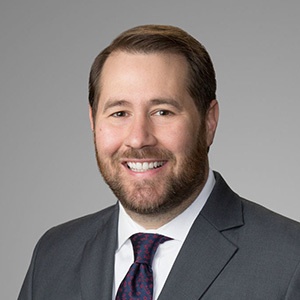 Earlier this month, our firm was well-represented at the 35th Annual Construction Law Conference in San Antonio, Texas. As always, the conference presented great opportunities to visit with colleagues and other construction law practitioners throughout Texas, meet new friends, and to learn of recent legal developments impacting the construction industry. The volume of new and useful information was extensive to say the least, but here are our top takeaways.

A New Statute Absolving Contractors of Liability for Design Defects is Not as Helpful as it Appears.

In recent years there has been much debate whether a contractor or owner bears the risk of a deficient design when the contract is silent on the issue. Much of this debate stemmed from the El Pas Field Servs., L.P. v. MasTec N. Am. Inc., case[1], which seemingly revived or re-affirmed the 1907 opinion in Lonergan v. San Antonio Loan & Trust Co.[2] where the Texas Supreme Court held that a contractor bore the risk and liability resulting from defective design documents prepared by the owner’s architect. Much of the criticism was that Texas law was inconsistent with the majority of jurisdictions and presented a trap for unwary contractors. The Texas Legislature seemed to rectify this via enactment of Chapter 59 of the Texas Business and Commerce Code, which at §59.051, limited a contractor’s responsibility “for the consequences of design defects” and prohibited a contractor from warranting the accuracy, adequacy, sufficiency, or suitability of plans, specifications, or other design documents provided to the contractor by a person other than the contractor's agents, contractors, fabricators, or suppliers, or its consultants.” Purported waivers of this statute are void.

Sighs of relief from contractors echoed throughout Texas; but not so fast. Multiple exceptions and exclusions to Chapter 59 significantly narrow the scope of this new statute.

First, the statute does not apply to “critical infrastructure facilities,” defined to include a laundry list of more than 20 types of construction projects, such as electrical power generating facilities, chemical manufacturing facilities, natural gas compressor stations, steel making facilities, oil or gas wellheads, and many others.

Second, the statute does not apply to construction projects carried out under design-build contracts when the contractor agrees to provide input on the design.

Third, the statute does not apply to engineering, procurement, and construction contracts when the contractor has responsibility over the allegedly defective work.

Fourth, the contractor has an affirmative duty to disclose a defect, inaccuracy, inadequacy, or insufficiency of the plans within a reasonable time after learning of the issue and is liable for consequences of defects resulting from its failure to disclose. So, is Chapter a 59 a step in a direction moving away from Lonergan? Yes. But not a huge step, and contracting parties are still encouraged to address these issues on the front end when negotiating their contract.

The New Lien Laws are in Effect with a Few Major (but mostly minor) Changes.

After years of debate, the Texas Legislature finally passed a new version of Chapter 53 of the Texas Property Code, governing mechanic’s liens. If you are working under a contract signed in 2021 or earlier, the consensus is that these changes do not apply. But if the prime/original contract was signed on or after January 1, 2022, here are some key things to remember:

First, if the deadline to send a lien notice falls on a Saturday, Sunday, or legal holiday, you now have until the next business day to act, thereby (and mercifully) avoiding the Friday afternoon scramble.

Second, the authorized methods of serving notices have been broadened to include Federal Express, UPS, or other sources that can be tracked.

Third, the “second month notice” and notice for “specially fabricated materials” is eliminated.  Now, only a “third month notice” and a notice for retainage must be given, and the statute helpfully gives the form in which such notice should be provided.  See, e.g, Tex. Prop. Code §53.056, §53.057.

Fourth, an owner still must withhold funds in an amount of 10%, but the terminology changed from “retainage” to “reserved funds” to reduce confusion surrounding contractual retainage v. statutory retainage. The consequences to an owner for failing to reserve funds generally have not changed.

Fifth, whereas previously there were four possible deadlines for subcontractors wishing to perfect a lien for unpaid retainage, now there is one: the 15th day of the third month following completion of the entire project.

While there are undoubtedly areas to be resolved by the courts over the coming months and years, the hope is that these (and other) changes ultimately will streamline and otherwise simplify what is undoubtedly one of the more complex lien statutes in the country.