Where Is “As Is, Where Is” in Texas? The Impact of Contract Disclaimers on Tort Claims in Texas 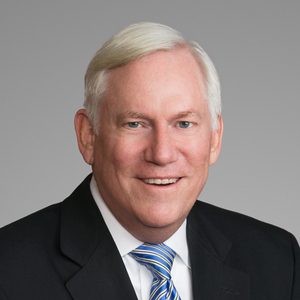 A chronic issue in Texas law is defining when representations made by a “seller” prior to contract execution bind the seller, notwithstanding contract language that purports to disclaim or otherwise limit the “buyer’s” right to hold the seller responsible for the pre-contract representations. Sellers, sophisticated and unsophisticated, often insert contract language attempting to limit a buyer’s ability to later claim the seller made misrepresentations. These include merger clauses, “no representation” clauses, “no reliance” clauses, and others we refer to as “contract disclaimers.” Texas courts have over many years repeatedly interpreted these contract disclaimers, sometimes applying them to cut off claims, and sometimes not. These decisions have created a minefield for the preparation of contracts.

Unfortunately, Texas courts, including the Supreme Court, in deciding which contract disclaimers to enforce have often applied a mechanical approach more driven by what sophisticated lawyers do than what consumers or business people do, with little attention to the realities of the contracting process. They have interpreted some contract language to limit or eliminate claims, and interpreted other functionally indistinguishable contract language as not barring such claims.

Contract parties have been creative in devising contract language attempting to make Buyers assume the risk or release future claims based on misrepresentation or non-disclosure. Examples:

On the other hand, Texas courts have applied some, but not all, contract disclaimers to cut off fraud claims grounded in allegations of intentional or reckless misrepresentation or non-disclosure by Sellers. In Forest Oil Corp. v. McAllen, 268 S.W.3d 51 (Tex. 2008), the Supreme Court identified five “factors” it viewed as especially relevant in deciding whether to enforce contract disclaimers to defeat a fraud claim. Id. at 60. The Forest Oil factors are:

But the opinion also cautioned, “[t]oday’s holding should not be construed to mean that a mere disclaimer standing alone will forgive intentional lies regardless of context. We decline to adopt a per se rule that a disclaimer automatically precludes a fraudulent-inducement claim… ” Id. at 61.

Peculiarly, the “five factors” do not identify circumstances where a buyer has meaningfully and intentionally promised not to pursue claims based on intentional material misrepresentations of the seller. Instead they focus on the sophistication of the “victim.” Indeed, Forest Oil seems to create a roadmap that would allow a defrauding Seller to cause a Buyer to surrender unwittingly its fraud claims.

Ever since Forest Oil, the Supreme Court has repeatedly addressed the question of whether a fraud claim premised on a pre-contract misrepresentation survives despite contract disclaimers. Interestingly, the Court has attempted to establish “rules” for separating surviving fraud claims from dead ones to be applied as a matter of law, rather than determinations by the finder of fact. In Italian Cowboy Partners, Ltd. v. Prudential Ins. Co. of America, 341 S.W.3d 323 (Tex.2011), the Court seemed to walk back from the analysis in Forest Oil. It held that because the contract at issue had no specific disclaimer of reliance in the contract (only a “no representation other than in this contract” and a merger clause), the contract language was insufficient to cut off a fraud claim. The Court said that merely saying there were no representations made was not the equivalent of disclaiming reliance on any representations made. See id. at 336.

But the Supreme Court’s rationale in Italian Cowboy suffers from the same defect as its rationale in Forest Oil. Both cases attempt to separate contract disclaimers that are effective to defeat fraud claims from those that are not based on subtle word distinctions that only a lawyer – a lawyer very well-schooled in Supreme Court decisions – could love. Neither case takes a sophisticated look at what Buyers and Sellers actually do.

Italian Cowboy suggested that there is language that, if inserted in an ordinary contract, will bar claims of intentional misrepresentation by the Seller, but the opinion is less much clear on what that “magic language” is.

Two recent Supreme Court decisions identify at least some circumstances in which the right contract language cut off fraud claims based on pre-contract representations.

In JPMorganChase Bank, N.A. v. Orca Assets G.P., L.L.C., 546 S.W.3d 648 (Tex. 2018), plaintiff Orca Assets persuaded a jury it was fraudulently induced into an oil and gas lease by JP Morgan’s pre-contract representation that the acreage covered by the lease was “open,” which the Court determined was “essentially equivalent to stating” that the owner “had not leased the property and, thus had good title.” Id. at 659. However, the lease provided:

Negation of Warranty. This lease is made without warranties of any kind, either express or implied, and without recourse against Lessor in the event of a failure of title, not even for the return of the bonus consideration paid for the granting of the lease or for any rental, royalty, shut-in payment, or any other payment now or hereafter made by Lessee to Lessor under the terms of this lease.

In fact, JP Morgan had leased the acreage at issue six months previously to GeoSouthern.

JP Morgan persuaded the Supreme Court with two arguments, each of which it said established no justifiable reliance by Orca Assets:

The Court held that these factual “red flags” negated justifiable reliance as a matter of law (i.e. no genuine issue of material fact and thus no jury issue).

Then in a final coup de grâce on Orca’s fraud claims, the Court held that not only was the “Negation of Warranty” one of multiple “red flags” collectively sufficient to conclusively defeat Orca’s justifiable reliance, it also standing alone meant Orca did not justifiably rely because as between these sophisticated parties, the “Negation of Warranty” clause directly contradicted the “open acreage” oral representation.

So what is the real difference between the contract language in Orca Assets (sufficient to defeat justifiable reliance as a matter of law) from that in Italian Cowboy (insufficient to defeat justifiable reliance as a matter of law)? The contract clause in Orca Assets is very specific to the topic on which the fraud claim was premised: title to real property, itself conclusively determined by a public record. The contract language in Italian Cowboy is utterly non-specific, so much so that the Supreme Court now characterizes it as an ineffective attempt at a general waiver of fraud claims, without ever even calling attention to the possibility of fraud or waiver.

In International Business Machines Corp. v. Lufkin Industries, LLC, 573 S.W.3d 224 (Tex. 2019), the Texas Supreme Court again rejected a judgment based on a jury verdict of fraud based on contract language it ruled was sufficient as a matter of law to specifically disclaim reliance on proven misrepresentations.

IBM made numerous knowing misrepresentations regarding software systems for business operations it proposed to license to Lufkin. When IBM implemented it at Lufkin, “the system failure crippled Lufkin’s business.” Id. at 227. Lufkin spent millions with other providers “to salvage the system IBM had delivered.” Id. Lufkin sued IBM for fraudulent inducement, and won. The Supreme Court reversed, holding that the contract was sufficiently specific that the representations on which Lufkin could rely were limited to those specified in the contract, and Lufkin had effectively disclaimed reliance on other representations. But the Court said more analysis was needed:

Not every such disclaimer is effective, and courts “must always examine the contract itself and the totality of the circumstances when determining if a waiver of reliance provision is binding.” Forest Oil, 268 S.W.3d at 60. Specifically, courts must consider such factors as whether

(1) the terms of the contract were negotiated, rather than boilerplate, and during negotiations the parties specifically discussed the issue which has become the topic of the subsequent dispute;

(2) the complaining party was represented by counsel;

(3) the parties dealt with each other at arm’s length;

(4) the parties were knowledgeable in business matters; and

(5) the release language was clear.

573 S.W.3d at 229 (repeating the non-exclusive list of “factors” from Forest Oil). Lufkin argued that the disclaimers were “non-negotiated boilerplate,” but acknowledged it negotiated “certain deal points,” and did not contend it could not have negotiated the disclaimers if it had wanted to. Lufkin argued it was not knowledgeable about business-operations software systems, but did not dispute it was generally knowledgeable about “business matters.” The Court professed “no trouble concluding that the factors generally support a finding that Lufkin effectively disclaimed reliance on IBM’s misrepresentations.” Id. “The factors do not require that every sentence in a contract be negotiated.” Id. at n.4.

Contract parties have a legitimate interest in bracketing their liability with respect to a transaction, and contract disclaimers are a legitimate means toward that end. But the Texas Supreme Court has left a path by which a contract party may, through the use of the right magic contract language, limit or even eliminate claims based on the its deliberate misrepresentations, depending on arcane interpretations of contract language. That creates hazard.

What contract disclaimers should a prudent party agree to in a contract that may affect claims (legitimate or ill-founded) that misrepresentations were made prior to signing the contract?

A more complete analysis of the issues presented by contract disclaimers under Texas law appears in the article linked here.