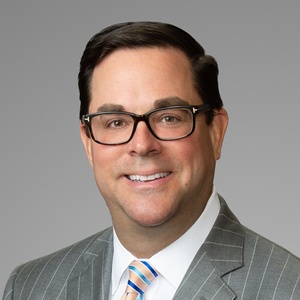 Porter Hedges recently scored a significant victory for landowners Terrance and Kenneth Hlavinka and their families (“the Hlavinkas”) against HSC Pipeline Partners, a subsidiary of Enterprise Products Partners.

Although the First Court of Appeals indicated the product at issue met the statutory requirements for condemnation, the Court reversed the ruling of the lower court on HSC’s claimed common carrier status, noting that the construction of a pipeline by a product manufacturer, in order to sell its product to a single end user, did not meet the requirement of public use in Texas as it was only serving HSC’s private interest in selling product to its customer.

On the issue of landowner testimony, the Court reversed the trial court and found that testimony of non-forced sales of pipeline easements is relevant and should have been presented to a jury because the landowner used viable comparable sales to support his opinion of value, and the landowner did not look to the HSC easement as the measure for the valuation.

From 2002-2003, The Hlavinkas purchased approximately 15,000 acres “for the primary purpose of generating income by acquiring additional pipeline easements.” When they purchased a strip of land in Brazoria County, Texas, there were more than twenty-five pipelines running across the property. HSC, a subsidiary of Enterprise Products Partners, sought to acquire an easement for a 30-foot-wide swath of land from Terry Hlavinka to complete a pipeline project named Oyster Creek Lateral Project. The pipeline project would carry propylene (a product of refining crude oil) along a 49-mile route from Texas City, Texas to a petrochemical plant in Freeport, Texas owned by Sao Paulo-based Braskem. Enterprise purchases refinery-grade propylene from various refineries and further refines it into polymer grade propylene (PGP) at its facilities in Mont Belvieu, Texas. HSC contracted with Braskem to sell it propylene at Mont Belvieu, and then ship it for Braskem to Braskem’s plant in Brazoria County.

The Hlavinkas sought nearly $3.4 million from HSC for the pipeline easement. When the Hlavinkas and HSC could not agree on terms, HSC sued to condemn the easement. In the jury trial, the Hlavinkas challenged HSC’s right to condemn on various grounds, arguing the pipeline would not transport crude petroleum or an oil product or liquefied mineral, as allowed by common carrier statute. Alternatively, even if a line transporting propylene was covered by the statutes, they argued this line was not for “public use” as required for eminent domain to be used. The trial court overruled the Hlavinkas. The trial court also excluded testimony of Terrance Hlavinka related to damages and valuation of the easement. As a result, the trial court awarded the Hlavinkas a total of $132,293.36 ($108,957.35 for crop and surface damages and $23,326 for the easement), far less than the $3.4 million sought. The Hlavinkas appealed.

1. HSC did not prove as a matter of law that it was a common carrier with the power of eminent domain.

The First Court of Appeals extensively analyzed both Texas Rice cases regarding HSC’s “public use” issue and held that HSC failed to satisfy the “reasonable probability” test required for common carrier pipelines to satisfy the public use requirement.

Here, the Pipeline connects to a single facility, a plant owned by Braskem, Enterprise’s customer Herrscher [HSC’s witness] also testified in his deposition that the Pipeline was built to provide PGP to Braskem. There are no current interconnections and there are no plans to add any interconnections at the present time. Aside from issuing a press release announcing the Pipeline and filing a tariff with the RRC, there is no evidence that HSC is actively marketing the Pipeline’s resources to other suppliers of PGP in the vicinity. There is no evidence of the Pipeline’s capacity. HSC has not spoken with, or identified, any other potential customer about transporting the customer’s PGP using the Pipeline, aside from Braskem. HSC has also not produced evidence of any other PGP sellers or manufacturers in the vicinity of the Pipeline who are in a position to transport their PGP using the Pipeline, aside from INEOS, and Herrscher admitted that the negotiations were unsuccessful and that it was no longer in talks with INEOS.

2. The trial court should not have excluded Terrance Hlavinka’s testimony on the value of the easement.

Terrance Hlavinka, a landowner with years of experience in negotiating and selling pipeline easements, sought to testify as to the value of the property interest being taken. Although evidence of market value is usually presented through expert testimony, Mr. Hlavinka should have been allowed to testify at a jury trial regarding prior pipeline easement sales on his property, without being an expert. Terrance proposed to testify that:

he bought and sold property and negotiated pipeline easements and oil and gas leases for over thirty years, and that there were at least twenty-five pipelines located on the property before HSC expressed an interest in acquiring an easement, and that he relied on this fact when determining that the highest and best use of the property is “pipeline development.” Terry testified that the property burdened by HSC’s pipeline had a fair market value of $3,383,160. He explained that he arrived at that value by considering comparable sales, including the Dow and Praxair pipeline easements he sold in 2014 and 2015. ... Terry used the same figures that Praxair paid for the ten-foot easements (multiplied by three for HSC’s thirty-foot easements), and, applying a reasonable amount for inflation, he arrived at his estimate for the HSC easement. ... Further, he considered that [in the condemnation] HSC obtained the right to assign its easement, whereas the Dow and Praxair easements did not include the unlimited right. This issue played a role in his assessment of value because he could profit from the ability to re-sell the pipeline easement.

The Court disagreed with HSC’s arguments that the Dow and Praxair transactions could not be used as comparable sales “because those are negotiated easements for private pipelines, as opposed to eminent domain seizures by common carriers.” The Court states:

This case was remanded to the trial court for further proceedings, and may be subject to further appeal, including to the Texas Supreme Court. It is a significant victory to landowners who contest a pipeline entities’ claimed right to take their property, and if valid condemnation occurs, a fair measure of the fair market value under the Texas Constitution.

Click here for the First Court of Appeal’s full opinion.

If you have any questions please contact Clay Steely who was the trial counsel and appellate counsel in the case.